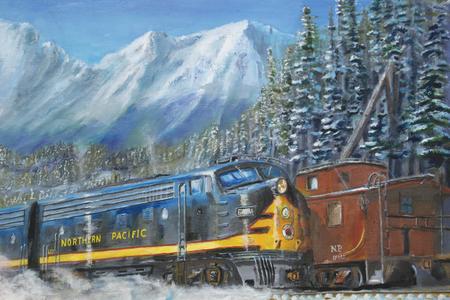 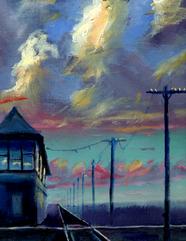 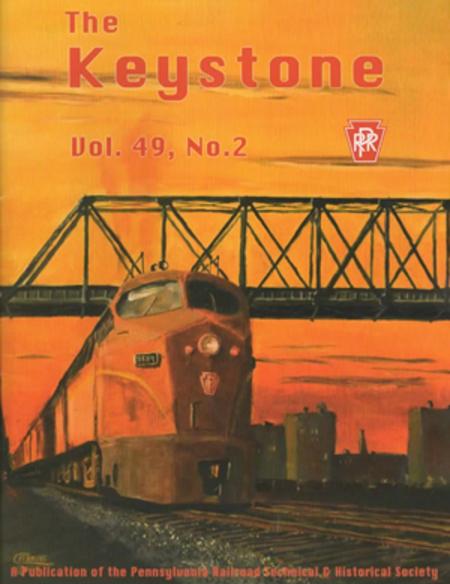 My Painting  Road Power at Buffalo served as the cover illustration for the December 2020 issue of TRACSX, a magazine for retired administrations of the B&O Railroad, its affiliates, and CSX.

My railroad painting  Winter Park was  part of the Allied Artists of America  2020 Associate Online Show. 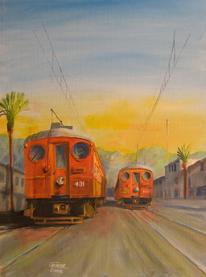 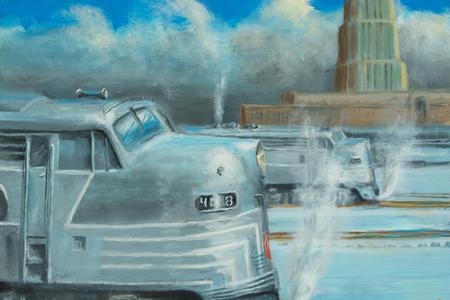 I am pleased to announce that two of my paintings, Empress of Ireland and Pennsylvania Railroad on the Rockville Bridge have been licensed for the production of paint by number sets.  More details to follow.

Here is Dawn Patrol on the cover of the second quarter 2016 issue of the The Keystone, The Keystone is the quarterly publication of the Pennsylvania Railroad Technical and Historical Society. 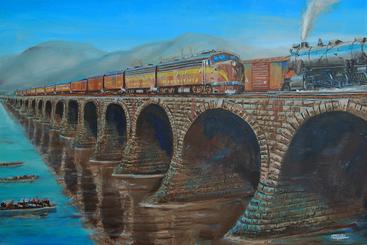 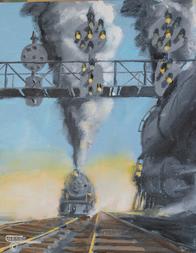 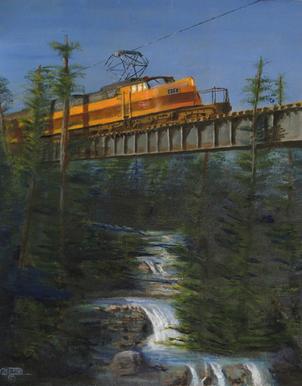 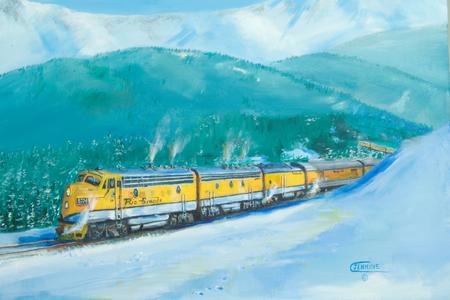 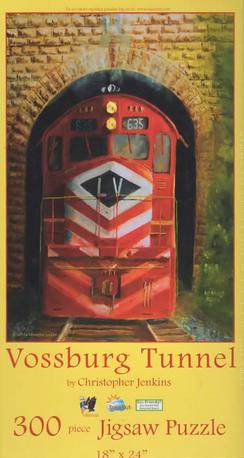 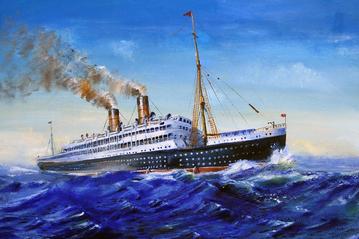 ​December on Stampede Pass was  selected for   a Christmas Card sold in 2017 by the National Railroad Museum.

My paintings Morning on the Pennsylvania Railroad and The Last Tower were part of the Oil Painters of America Summer  2020 Online Showcase.

My paintings have been published in several magazines and been selected for inclusion in many exhibitions.  Some of the paintings have also been reproduced under license as the background for bank checks, Christmas cards, and as a picture puzzle.

Milwaukee Road's Wilderness was selected for inclusion in the First Annual National Exhibition of the Railway Artists Association of America, held in Westfield, NY in September and October 2014.

Several of my paintings  have been licensed for use as the background for checks and checkbook covers.

Vossburg Tunnel, featuring Lehigh Valley's big Alco Century units  was licensed and published as a picture puzzle, and is available at many on-line retail outlets.

Several of my paintings were published in the November 2011 and January 2012 editions of American Art Collector Magazine, including an article on my work in the January issue.


Thunder in Cathedral Canyon was selected for the Western Spirit Art Show and Sale in Cheyenne, Wyoming,  opening March 5, 2011

NYC Tug won 7th place in the Steamship Historical Society of America's Art & Photography contest.   The Painting was published in the Spring 2010 issue of the Society's magazine PowerShips.


Allied Orient Lines was selected for inclusion in  the 96th Annual Exhibition of the Allied Artists of America November 13 thru December 1, 2009 at the National Arts Club in New York City

My paintings were selected for inclusion in two exhibitions during the summer of 2008: the International Waters Exhibit at the Ventura County Maritime Museum in Oxnard, California, and the Railway Reflections International Art Expo   at the Nevada State Library Gallery in Carson City, Nevada.

My painting Daybreak Palms was selected for the exhibit book for the 2009 Richeson75 International Small Works Competition.

My painting AHEAD OF THE WEATHER was selected for the Silver Anniversary Juried Show of the American Plains Artists, which was held at the Ellen Noel Art Museum in Odessa, TX   June 6-July 12th 2009.